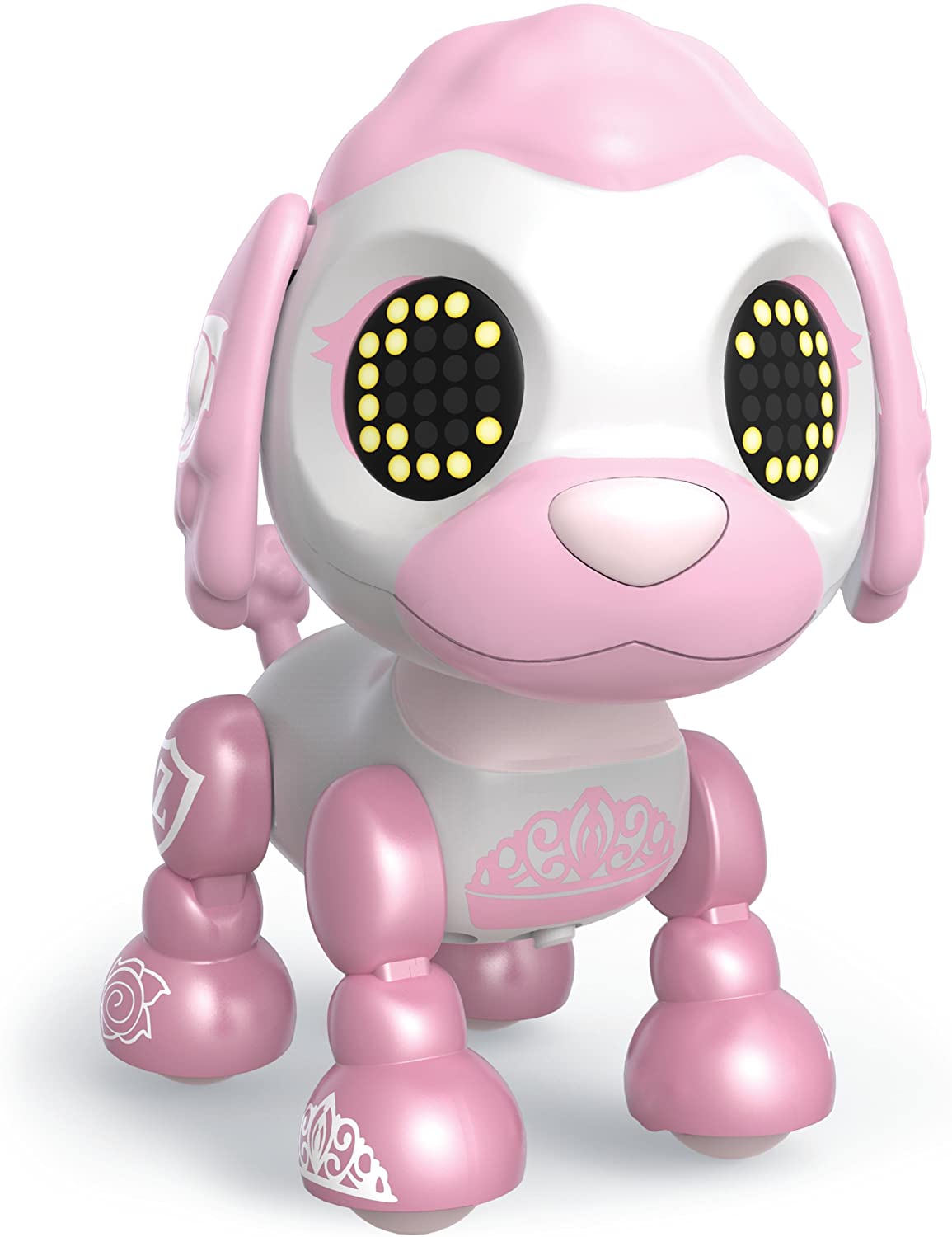 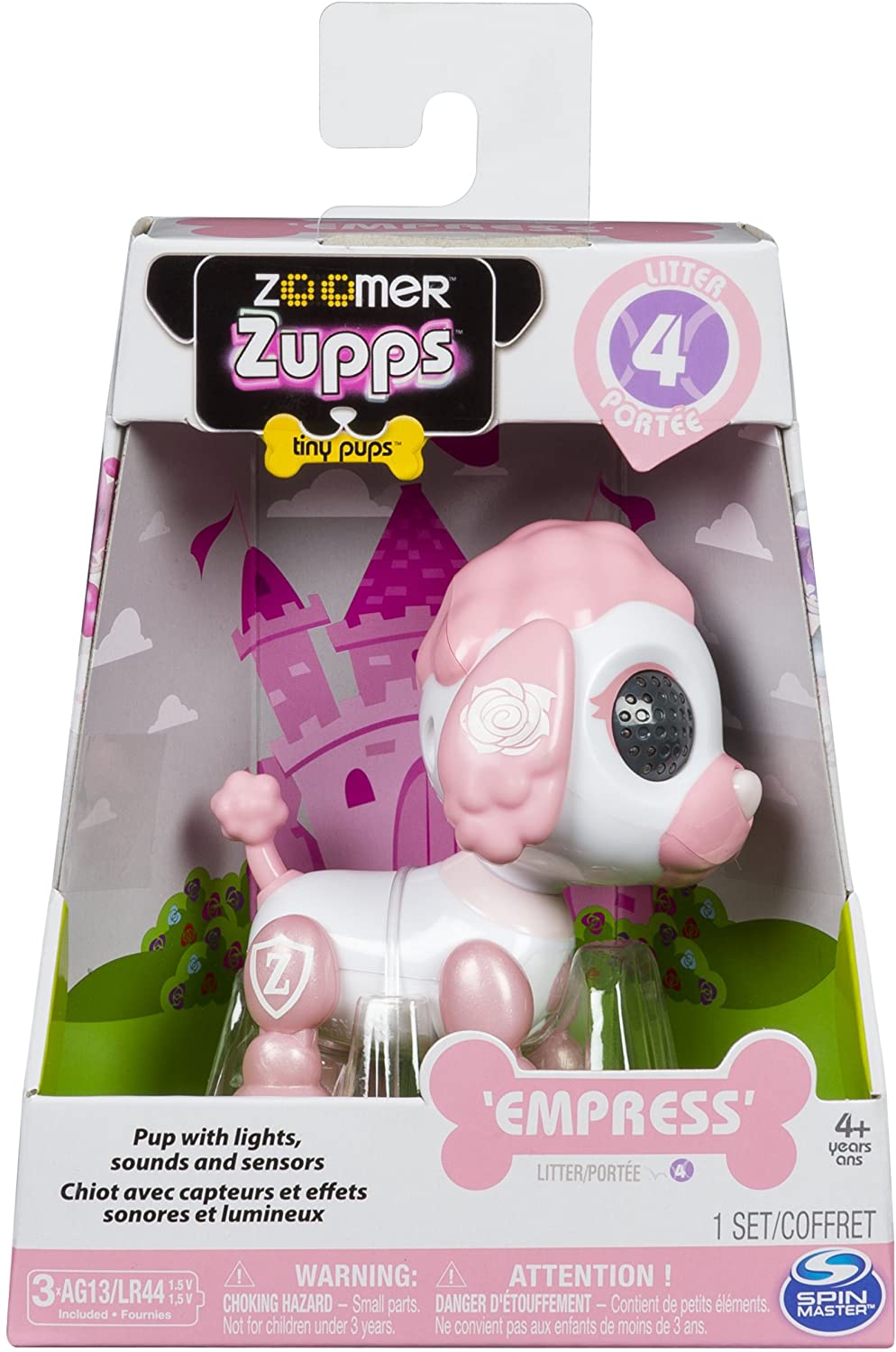 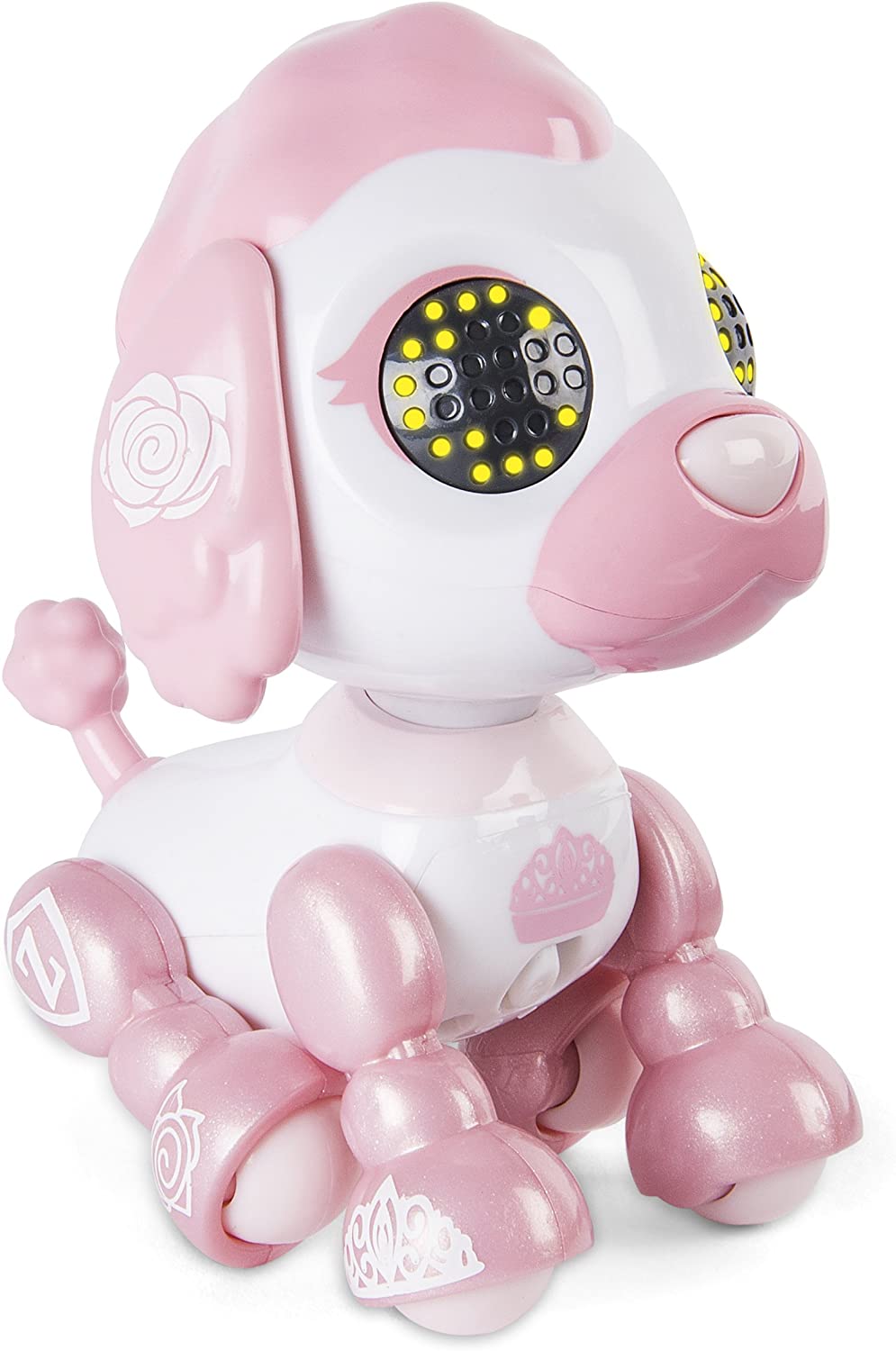 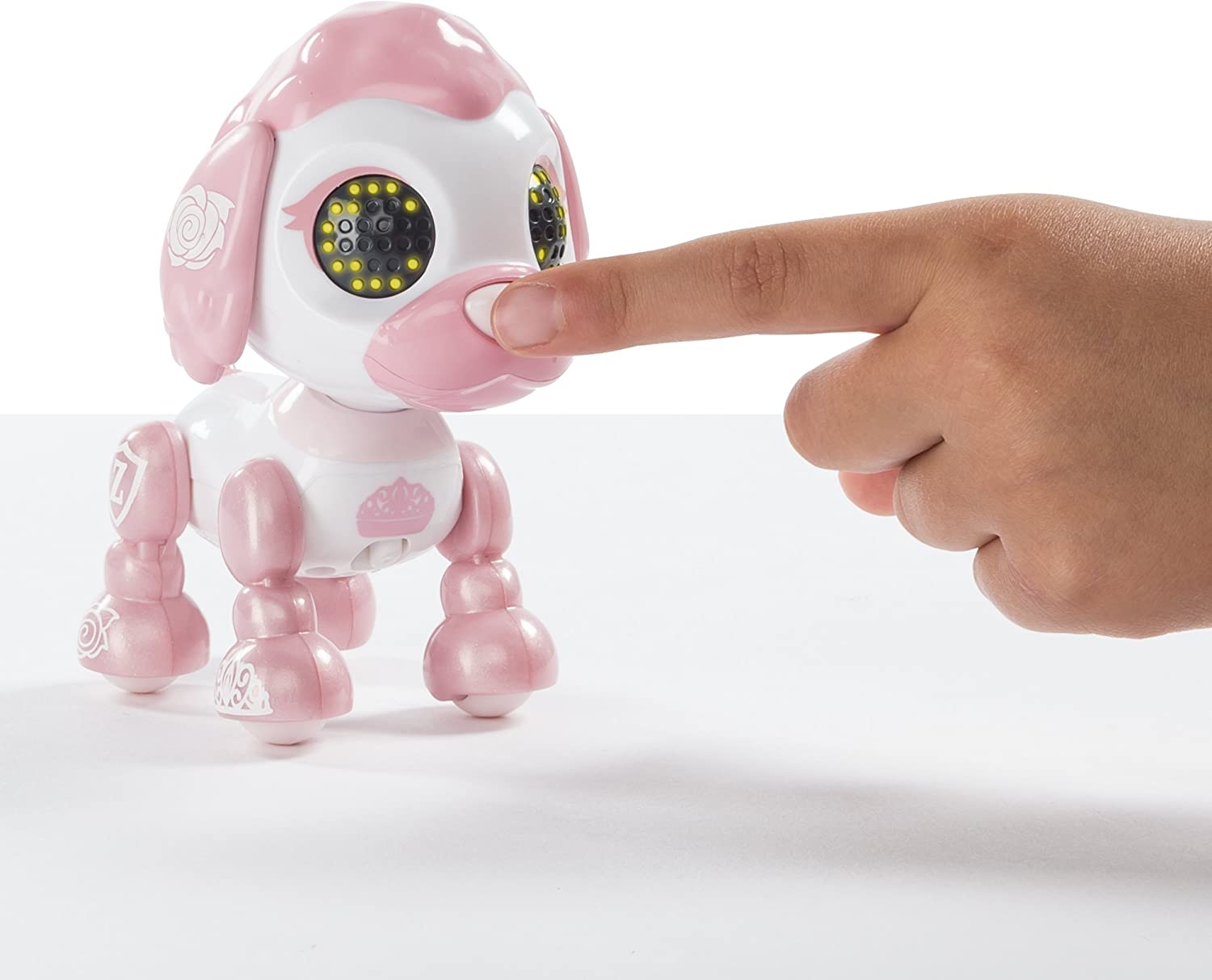 Introducing Zoomer Zupps Royal Pups Empress, the newest pocket-sized puppy in the litter of interactive electronic pups that fit in the palm of your hand. This regal royal is covered in shiny metallic hues worthy of nobility. Complete with poseable limbs, light-up LED eyes and responsiveness to touch, Empress is always ready to play! When it?s time to hold court, press its nose or pet the top of its head and hear adorable puppy sounds. The more you play with Empress, the more this noble pup will say. Listen as it barks, pants, kisses and maybe even ruff ruffs an ?I love you.? But leave this fancy royal alone for too long and you may hear whimpers. Each Royal Pup loves to bark, especially when it?s time for their interactive game ? Royal Decree!! Play the Royal Decree game by pressing its nose and petting its head at the same time. The Royal Decree game is a memory game, in which Empress will bark and howl a pattern to you. Repeat it back by petting Empress’s head quickly or slowly. Get three patterns in a row correct to win the game. With a whole litter of Zoomer Zupps Royal Pups to adopt and a collector card to learn about each Zupp?s unique personality, kids will want to bring them all home. Each Zupp is sold separately. 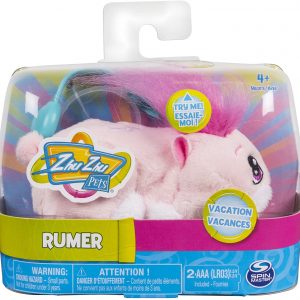 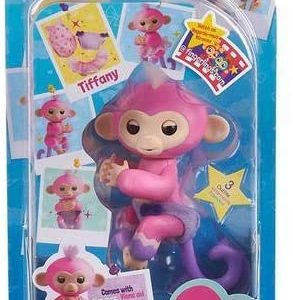 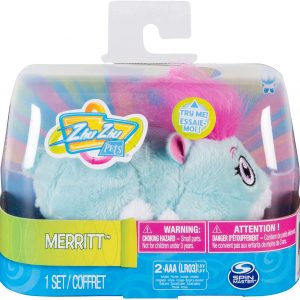 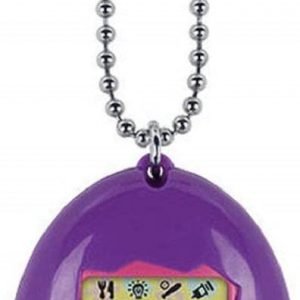 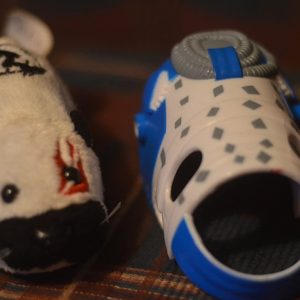 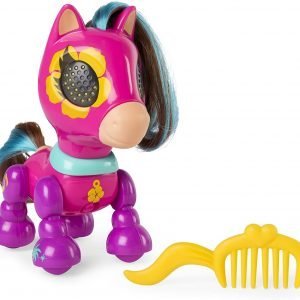